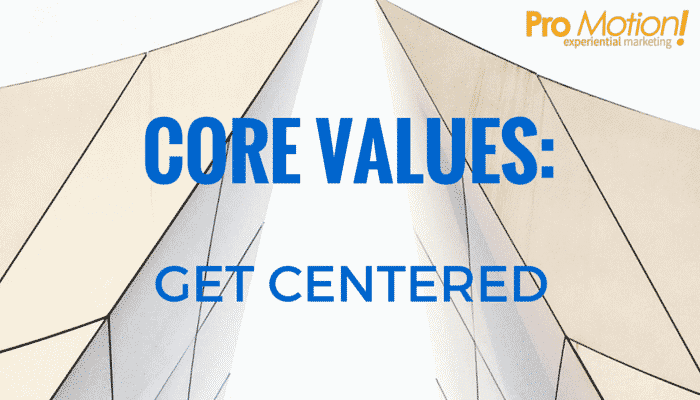 Steve’s at it again, this time in Entrepreneur Magazine, giving tips on creating core values that matter and then making sure they really do matter!

Corporate America has a love affair with core values: Be ethical. Treat people the way you want to be treated. The customer always comes first.

These idealistic, uplifting phrases are meant to define a company’s mission, attitude and direction — and they may also look good in the eyes of investors. But, all too often, such generic platitudes are printed out, handed to new hires, read once — if at all — and stashed away in a binder for the rest of eternity.

To misappropriate the words of a literary genius: Generic, baseless core values that haven’t been examined are just “sound and fury, signifying nothing.”

On the other hand, when corporate values are thoughtful, meaningful and staunchly embodied by an organization — an example being Apple upholding its commitment to privacy and its refusal to abide by the FBI’s demands — the results can be incredible.

The value of authentic values

Just because you choose words that sound nice or important doesn’t mean your company will magically exemplify those values. Want proof? Check out Enron’s to remember how that turned out.

Core values don’t just help guide your employees’ actions; they inspire a deeper understanding of how your company plans to evolve in the future. Identifying its true core values takes hard work, but the extra effort is definitely worth it.

Authentic values demonstrated by trustworthy leaders are also proven to provide companies with viable competitive advantages. As leader, you play a major role in helping to ensure that these values are thoughtful, and are clearly communicated and exemplified from top to bottom. A whopping 85 percent of employees rely on their CEOs to set the bar for how core values can and should be lived.

Establishing company values, then, is less about fabricating fancy words and more about exploring your company’s unique personality and big-picture goals. Here are a few tips to help you dig up your true values:

Get your team involved. Identifying my company’s core values was a group effort. We sat down as a team on multiple occasions to discuss how we wanted to grow in the future. En route, we looked to create values that would contribute to that specific mission. After much thought, the following became the five core values that we continue to live by, even 20 years later:

Zappos used a similar method when coming up with its values. In 2005, the company’s leadership emailed managers, partners and influencers, asking them to identify their values. The company then used the feedback to craft its own core values, thus ensuring that the latter would resonate with the people who were expected to live them.

Don’t rush the process. Core values take time to develop and construct; my team require a full eight weeks to develop ours.

Likewise, a year after it began its values project, Zappos was still at it. In 2006, the company sent another email to its staff and stakeholders, attaching a first draft of the company’s core values, and seeking additional feedback and guidance before finalizing them.

There’s no right amount of time. Your values statement may be shorter; it may take longer. As I said earlier, this is something that’s worth the extra effort — it’s not something you should rush through, do a half-ass job on or delegate to someone down the ladder.

Commit to a lifetime. The core values you identify today should be those you hope and expect to still possess several decades from now. If your company deviates from your original core values at any point, they’re not worth the paper they’re written on. These aren’t offerings or services — these are tenets you hold true above all else.

The five values my company eventually finalized are so ingrained in our culture that it’s hard to go a day without witnessing our well-known phrases in action. I see them written in emails; I overhear them being expressed in meetings and on phone calls. They’ve become an integral part of who we are.

So, yes, it’s tempting to slap words such as “integrity” and “kindness” onto a piece of paper and call them core values. But if you want your organization to truly stand for something worthwhile, take the time to identify which values apply to you, your company and your specific goals.

The hard work you do today will drive your success in the future.