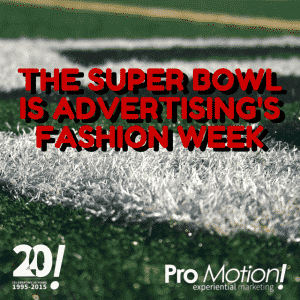 The big game is coming up. I’m primarily aware of the Super Bowl every year for two reasons:

You might notice that “football” isn’t on that list. If you’ve met me or seen the pictures of toys, superheroes, and science fiction that I use to illustrate my posts, that should come as no surprise. What is surprising to me is that nearly half of the viewers of the most widely-watched event in television are also not there for the game. The commercials are on display. It’s why we show up.

You know who the Super Bowl advertising benefits? Ad agencies. These creative production powerhouses compete year after year to produce the best storytelling under 2 minutes this side of Sundance.

Whether it’s heartstring plucking or gut-busting, agencies are given carte-blanche by their indulgent benefactors to come up with something awesome that will live beyond its purchased timeslot on YouTube, Twitter, Facebook, Cable News, entertainment blogs, business blogs, and marketing blogs.

30-90 seconds of entertainment is not going to convince me that I suddenly need to purchase a specific car, a specific beer, or a website URL. Unless there is a special discount, an interesting event, or an entirely new offering from a brand, commercials don’t do much besides create noise…and in the best cases, create entertainment.

I posit that television advertising is ornamental to brands. Like designer clothes for people. And in order to be popular…to present an air of professionalism, respectability, and worthiness, one must dress the part.

This metaphor makes ad agencies into design houses, typically striving to ride the lines between quality, cost, and effectiveness. But the Super Bowl…?

Houses are allowed to run free in order to produce the haute couture that will win awards and bring in buyers from all over the world. There are over 110 million people sitting along the runway and watching to see what will set the stage for the next year in advertising…i mean, fashion. Crap, I lost the thread.

Let me wrap this up more succinctly than I set it up. 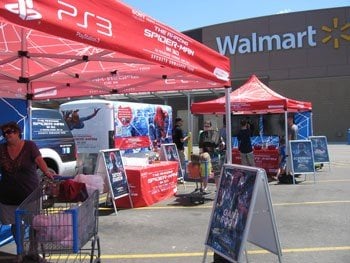 What is Experiential Marketing?

What’s The Future of Experiential Marketing?