Energi to Go at CES 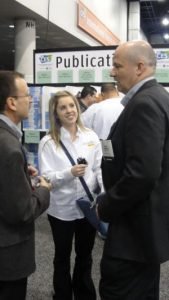 For Energizer, Pro Motion, Inc. managed the distribution of 10,000 “Energi to Go” phone chargers January 7-10 during registration for the world’s largest electronics show which is held in Las Vegas, the Consumer Electronics Show or CES as everyone knows it. As you can imagine, people were on their phones all day and it didn’t take long for them to need a boost of power. Everywhere you looked, guests were tethered to a wall charger trying to find a signal.

If you were there, it was only a matter of time before you were looking for an Energi to Go, a battery operated phone charger, allowing you to continue to walk the floor and make the deals – and this time batteries were included. Attendees and exhibitors were delighted to find Energizer giving away the Energi to Go battery operated cell phone chargers. All were delighted except for the one attendee who had walked five blocks to Walgreens and paid $25 for a new charger.

Now we’re off to the next city bringing a charge to those in need!