5 Great Brand Marketing Examples of Consumer Engagement During the Pandemic

In our ongoing series about how Covid-19 has affected the marketing industry, particularly experiential marketing, we have written about how to be a model brand during a crisis, how experiential marketing might change after the pandemic, and how to make virtual connections with customers. Some brands are leading the way in adjusting to these socially distant times while remaining engaged with their customers and fans. Below are five great examples of customer engagement. 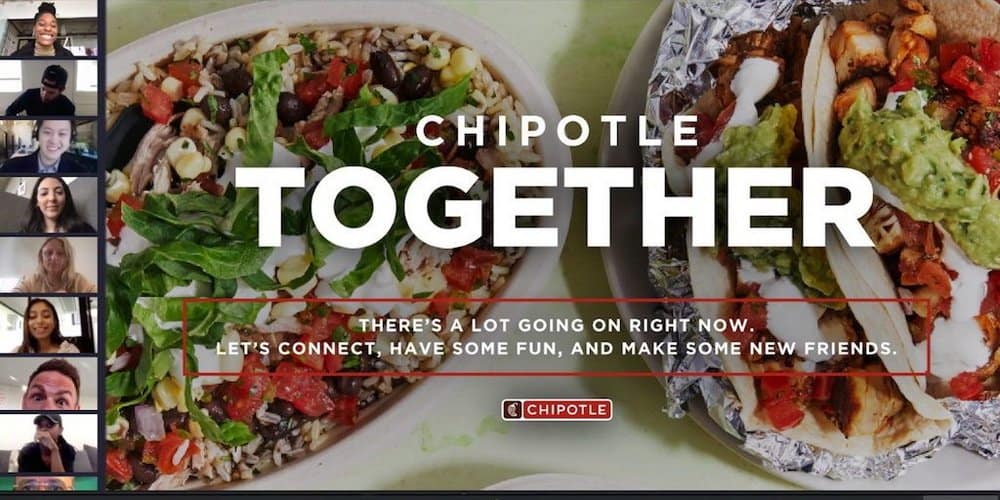 1.Chipotle invites you to join them for lunch

The popular burrito and burrito-bowl chain, Chipotle, has had a surge in popularity during the pandemic. In addition to offering customers free delivery in March and April, the company has built a community of fans online. In mid-March, as lockdowns were starting across the country, Chipotle launched “Chipotle Together”, lunch parties over the video-conferencing app Zoom. The digital lunch parties featured celebrity guests and free burrito giveaways. The parties were a success – Chipotle totaled 500 million impressions on daily video sessions. Guests on Chipotle Together have included Whole30 founder Melissa Urban, workouts with former NFL player Rob Gronkowski, and former Bachelor Colton Underwood. This initiative allowed fans to continue to have “lunch together” even while social distancing.

Cholula Hot Sauce recently held a “Taco Tuesday” event on May 5th. A virtual “Tacothon” raised money for independent restaurants impacted by the pandemic. The event, which was on Instagram Live, featured NBA star Dwayne Wade, actress Sophia Bush, and celebrity chefs, among others. Cholula pledged $1 for every viewer that joined up to $100,000. The event raised money for saverestaurants.com, allowing the brand to show solidarity with independent restaurants. Cholula hasn’t stopped there — the “Operation Taco Tuesday” initiative has involved the brand delivering tacos and their hot sauce to essential workers. 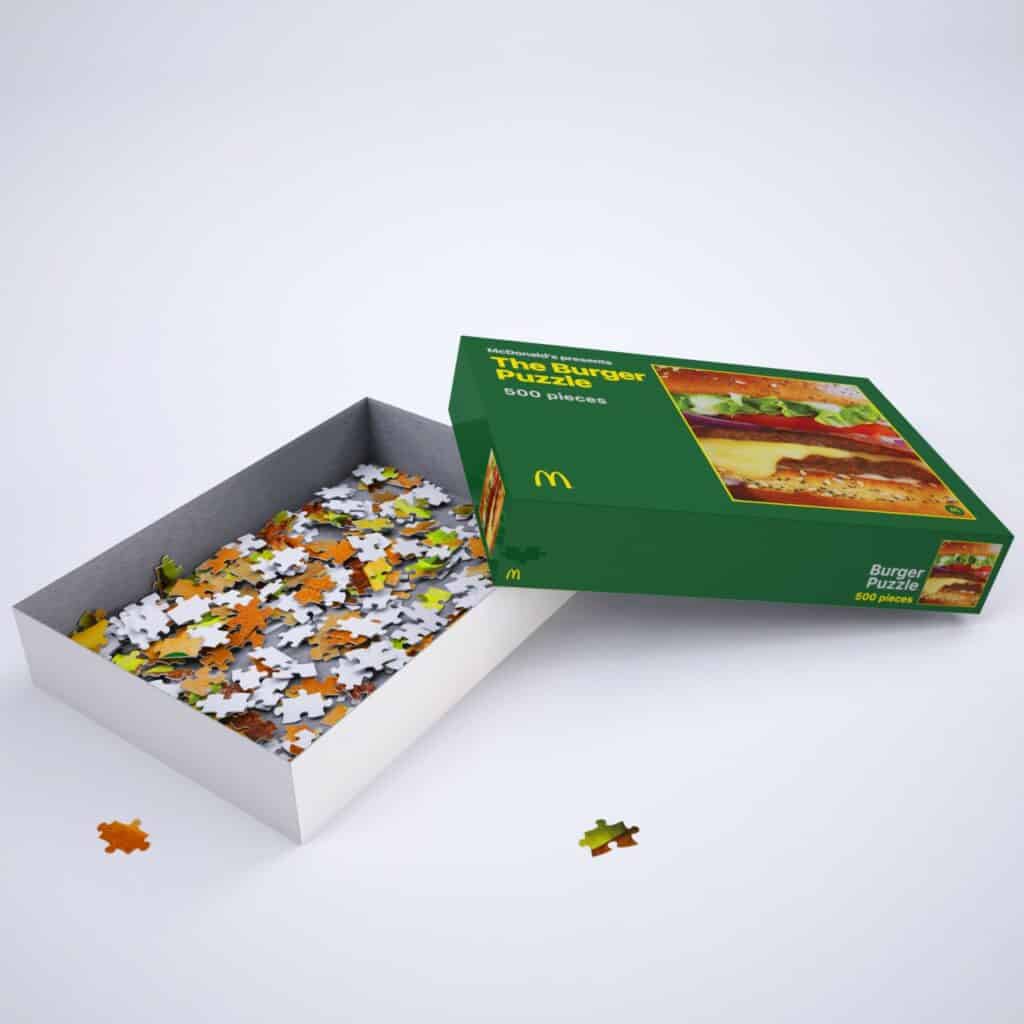 Raise your hand if you’ve done a puzzle – or maybe a handful of puzzles – while stuck at home. Due to their status as a family-friendly, non-tech option for hours of fun, puzzles quickly took off as the latest hobby within the first weeks of stay at home orders. Unfortunately, people new to the hobby quickly saw that puzzles were sold out in most stores! McDonald’s Belgium found a way to engage with customers while joining the puzzle craze. McDonald’s Belgium gave away 500-piece burger puzzles to brand fans who posted about McDonald’s on social media. Maybe with enough buzz, the company will bring the same campaign to the US! 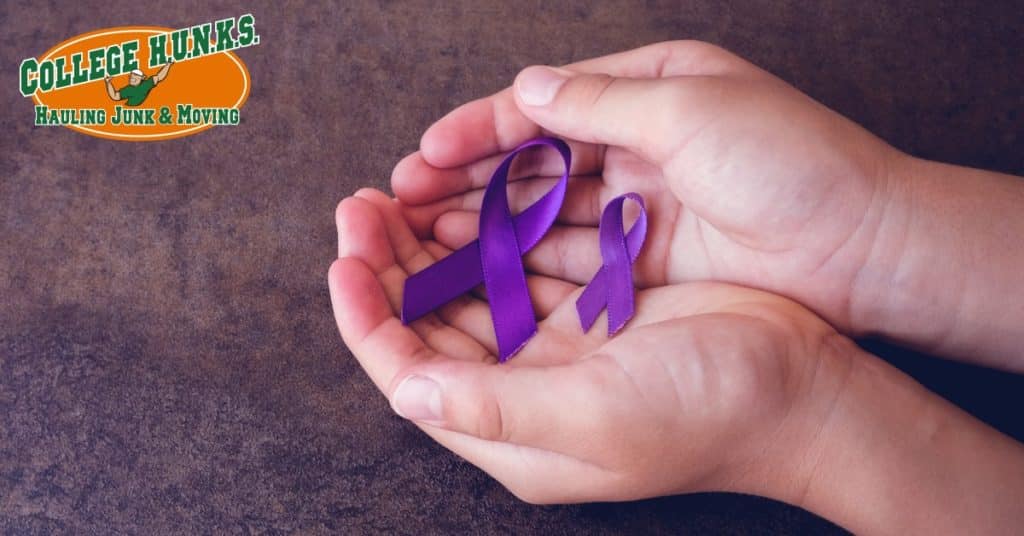 One of the major social concerns as the pandemic forces us to stay home is a possible uptick in cases of domestic violence. Seeing a place their brand could be of service, this moving company is offering its services free of charge. The company will move domestic violence victims to safer locations. College Hunks Hauling Junk & Moving is working with local shelters in order to verify and help those in need. The company has promoted the initiative on Facebook, Instagram, and Twitter. They are also doing their due diligence in urging people to stay safe while leaving a dangerous situation. As they wrote on their website, “Anyone in a domestic violence situation should first contact the police or a domestic violence shelter immediately. The shelter will contact us to coordinate the move.” 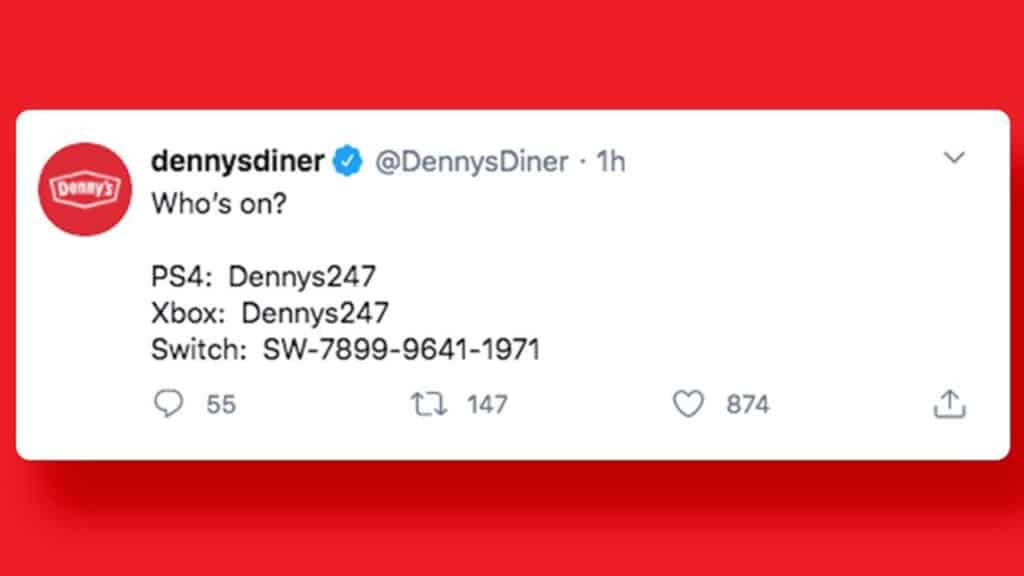 5. Denny’s joins the world of gaming

As most of us spend the majority of our time at home, a lot more of us are playing videogames – the surge in popularity of games like Animal Crossing proves that. While their customers may not be able to enjoy a typical Denny’s meal at one of their restaurants, Denny’s has found a way to stay in touch — using video games! Denny’s joined PS4 and Xbox One as “Dennys247.” When Denny’s joined Nintendo Switch, in less than one day it hit the limit on its number of friends. Fans are also engaging with gaming-related posts on social media. When fans connect with Denny’s while gaming, they receive codes and discounts. This is a great example of meeting your audience where they’re at, and providing something of value to your most engaged customers.

Want to learn more from an accomplished experiential marketing agency with 25 years of experience? Pro Motion is an industry leader in creating engaging, effective campaigns. Give us a call at 636-577-8507.